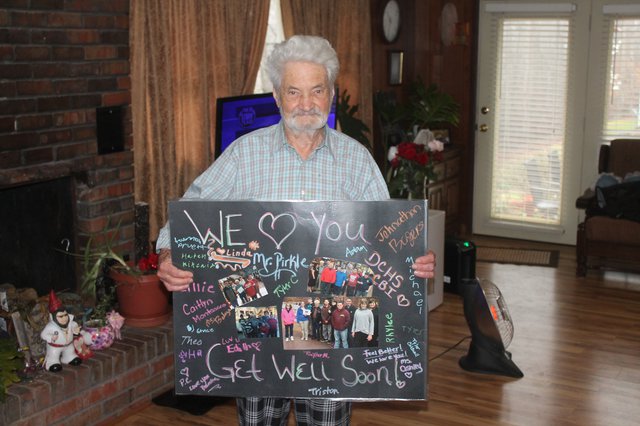 With the number of COVID-19 patients in local hospitals, doctors sent him home with hospital-grade antibiotics and a commitment to stay hydrated.

“A lot of times you don’t see people in that age group coming out of the hospital,” said Pirkle’s daughter, Hayley Garrett. “I had a lot of people praying that they wouldn’t stay too long.”

Pirkle described the pain in his chest as being so intense that he couldn’t even put his hands on his chest or stomach. Now, almost two weeks after first feeling sick, Pirkle says he’s feeling a lot better and is able to walk around his house and getting better every day.

Over the past 10 days, Pirkle said the support he had received from the community of Dawsonville was “unreal”.

“I guess the word got out because everyone seems to want me to improve,” Pirkle said.

Students at Dawson County High School made Pirkle into a recovery poster and several people came by offering to drive him into town or spend time with him.

“The love, support and prayers have been unreal,” Garrett said. “He’s even getting calls from California wishing him good luck. It just means a lot to know that there are so many people who are worried about him.

Pirkle has said he can’t wait to return to the Georgia Racing Hall of Fame, but knows he couldn’t get through a full day at work just yet. Garrett said if his improvement continues, maybe a few hours here and there wouldn’t hurt him.

The diagnosis came right at the start of the 2021 NASCAR Cup Series. The series kicks off every year at Daytona International Speedway, a trip Pirkle made every year. Pirkle said he had no plans to return this year, but was still able to cheer on Dawsonville native Chase Elliott in the first two races at Daytona. Elliott finished second in the Daytona 500, then a few late mistakes dropped him to 21st place at the end of the Daytona Road Course.

If there’s one thing his friends and family know about Pirkle, it’s that nothing will stop him from being at the Dawsonville pool hall when Elliott wins his first race this season. Not even double pneumonia.

“He has to come back so he can sound that siren,” Garrett said. 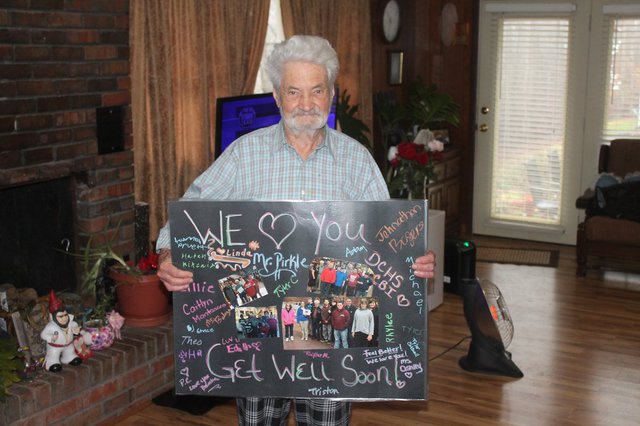